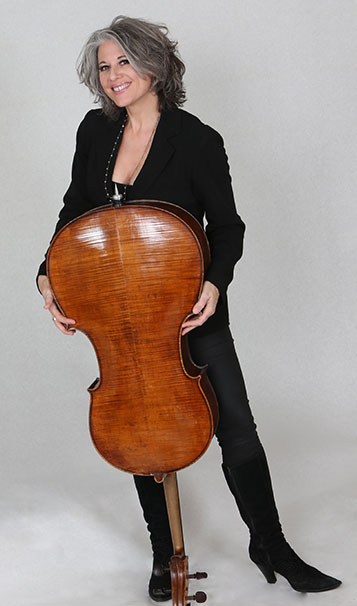 For a month of Mondays, starting February 25th, 2013, performer Morag Northey is once again inviting Calgarians to join her for a noon hour gathering to unwind from the pressures of daily life.

In 2012, Morag launched her Together Calgary series at St. Mary’s Cathedral welcoming hundreds of people to listen to vocal and cello music, inspired in the moment. For this new year, she is taking the series in a bold new direction she calls Together Calgary, Together World!

“The theme this winter is forgiveness,” the mother, activist and recording artist says. “I’ve learned so much about this path in the past ten years and offer for others to discover it as well. It’s a long, hard path to be sure, but well worth the distance… and the tired shoes!”

Once again, Morag will use her cello playing and voice to create an environment of safety and support for others on their own unique journey of forgiveness.

“Sometimes, we need to forgive others for a violent or an abusive act, however, most often the important need is to forgive ourselves. This forgiveness allows us to remove the cloak of guilt or shame, that prevents us from walking a more healing, healthy path.”

A survivor herself, Morag has come to feel strongly about the idea, the benefits, and the strength of forgiveness.

She describes five steps to forgiveness as:

This year, the symbol Morag has attached to the event is the walnut and walnut tree.

“To me, the walnut represents transformation: at its root, the walnut tree is toxic and inedible, however given in the right manner and dose, has multi-faceted healing properties. Through its own growth and development, the tree yields a precious nut, known for its nutrition and flavour. The nut is first hidden within a protective green cover, which must split open. As with forgiveness, the time and trouble it takes to crack the nut’s hard shell and set the walnut free, is well worth the work. The walnut is not just a seed for the tree, it is the seed to a better life. Instead of beating yourself up over things that went wrong, believe in your power to change, and remember to keep saying yes to the positive things.”

The venue for Together Calgary is St. Mary’s Cathedral near downtown Calgary, and like The Way of St. James, is open to all of: any faith or non faith, the sick and the healthy, the old and the young, the wealthy and non wealthy and, of course, to women, men, and children of any age.

During this series of five gatherings, Morag welcomes help to raise funds for her journey to the Camino de Santiago trail in October.

“I’ll be playing at cathedrals, under trees, and in towns along the way. From the gates of Roncesvalles to the altar of Santiago’s Cathedral, I will take the opportunity to slow down the pace of this modern life and contemplate forgiveness,  dedicating performances to all trailblazers transcending injustices with restorative forgiveness.

Morag says Spain is just the beginning of bringing Together Calgary to a Together World, as she aims to walk many paths of the globe in the name of “things which help achieve a lovingly sustained life for all on the planet”.

Together Calgary is open to the public each Monday at noon, February 25 to March 25, 2013 at St. Mary’s Cathedral located at 219-18th Avenue SW and donations are voluntary.