Out of Emptiness Ensemble 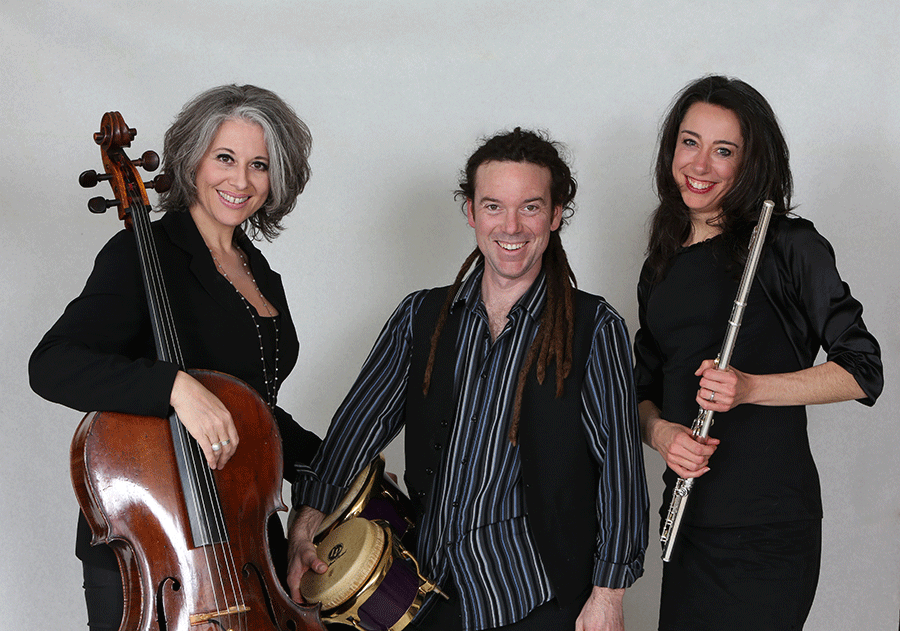 Out of Emptiness was created Autumn of 2012, following Cellist and Singer/Songwriter Morag Northey’s first Together Calgary series. Mary Sullivan and her beautiful daughter had attended a number of the noon hour performances, allowing Morag and Mary to realize, they shared a mutual desire to create healing music, inspired by openness to all, and of the moment.

After the production ended, we were curious how drums, percussion, voice, flute and cello, would sound together when improvising for an uninterrupted period of an hour (as in the Together Calgary Series).  We didn’t have church bells to end the hour, so used Jeff’s iPhone cricket sound as our alarm!  We all had smiles on our faces when those crickets announced the hour’s end – the experiment was a success – the combination of instruments and artists, proved both original and beautiful!

Out of Emptiness’  first public performance was accompaniment to a Canadian Citizenship Award Ceremony in the Epcor Centre, Jack Singer Concert Hall Lobby, and was organized by Michael Green, Curator & Creative Producer of Calgary 2012 – Cultural Capital of Canada.

Our unique sound was favourably noted when we featured our latin-melting pot version of ‘Oh Canada.’  Isabelle Mongeon: Citizenship Officer, stated:       “I just wanted to take a moment to mention how GREAT the musicians were. Great choice on their part so thank you! Loved their style, they sounded so beautiful as background music throughout the discussions and the Oh Canada….  well, I have to say it was my favourite rendition yet. Just lovely!”

For a week at the end of November 2012, Out of Emptiness attended a residency at the Banff Centre to expand their soundscape with; loops, alto flute, six-string electric cello, and a broader range of bells and whistles from Jeff’s percussion department!  The week culminated in a recording of the ensemble, with sound bites soon to follow!

Out of Emptiness has a New Age / World sound that compliments any space in an intriguing manner. Your interest will be peaked, and you will leave having been on an imaginative journey with three musicians who are dedicated to creating story-telling magic through sound!