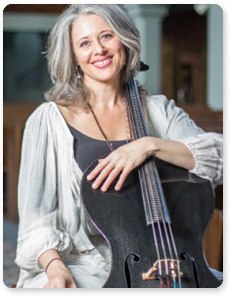 Morag is a cellist, a teacher, a multi-disciplinary artist, writer, composer, singer, producer and director. Her work, regardless of medium, digs deep, moving and transforming lives. Spirit, community, and healing have always been central to Morag. As a cellist, composer and writer, she has offered healing through music in sacred spaces and nature, including all along the Francés pilgrimage route of the Camino de Santiago.

Morag is of Scottish and Welsh ancestry, was born on the land of the Confederated Tribes of Grand Ronde and raised on the unceded territory of the Coast Salish people. She is honoured to have lived her last thirty years on Treaty 7 land.

Morag Northey’s 35 year career in classical performance, string pedagogy, passion for creating unique multi-genre art, and transformative instructional philosophies have shaped the artistic development of generations of young Canadian cellists. Her uncanny ability to unlock blocks in her students’ connections with expression and the service of Art comes from an impeccably honest, non-judgmental, caring and safe place. This philosophy and method is shared equally with beginning, conservatory track, professional and avocational players.

Morag began her cello studies with Judith Fraser and Ian Hampton at the Vancouver Academy of Music, at the age of twelve. She then attended the Banff Centre with artists that include Zara Nelsova, Aldo Parisot and Tsuyoshi Tsutsumi, and has since participated as a cross-over multi-genre music and sound and theatre artist. Morag holds an Associate of Arts in Pedagogy and Performance from the Victoria Conservatory of Music and Camosun College studying with James Hunter. She earned a Toronto Professional Orchestral Training Program certificate where she performed in masterclass for Janos Starker and has a BA in Performance from the University of Texas at Austin with teacher and pedagogue Phyllis Young. Morag taught cello lessons, theory, ensemble classes and conducted youth orchestras in the UT at Austin’s ground-breaking String Project, from 1985 to 1989.

Morag has maintained a large cello studio over the last 40 years in Vancouver, Texas and Calgary including individual and group lessons from early childhood, through teen and adult levels. Training in the Suzuki and Kodaly Methods, brought her to teach at the Calgary Suzuki Talent Education Society. Morag taught Early Childhood Cello on Faculty at Calgary’s Mount Royal University Conservatory (pre-covid) and has been invited for five years to teach and perform at Marilyn Rummel and the Island Mountain Arts Harp and Cello Music Camp in Wells B.C. 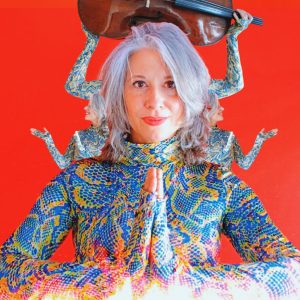 For sixteen years, she has conducted summer Cello and String Camps, where she draws from her wide range of experience to help students develop both classically and experimentally. From young students, learning their first bow hold at age three, to university entrance and advanced career counselling, the philosophy of love based, uncompromising nurturing is the constant goal.

Her student, Elizabeth Jones, was recently accepted into the studio of Andreas Diaz at the Dallas Tx, Southern Methodist University, her student Lizzy Munson as one of Cirque Du Soleil’s youngest talents performing in Las Vegas and Dubai as a Singer and Cellist, and her student Isaac Woollends (who had his first lesson at the Harp & Cello Camp 3 years ago) has been accepted into six universities/colleges and begins his post secondary cello performance journey at the Camosun College/Victoria Conservatory.

Morag’s 2009 Album “This is the Life” is a testament to her own, experience- based expressions as a singer, songwriter, cellist and pianist. She was awarded the Calgary 2015 Betty Mitchell Award for Outstanding Theatrical Composition for work in Butcher, Alberta Theatre Projects, and has performed as soloist, and orchestral cellist, singer, songwriter, poet and listening ear, for athletes and coaches at the 2010 Olympics. As part of the games she played for the Governor General of Canada Michaëlle Jean, and at the 2015 Canada Winter Games – performed her classical concert ‘Unstoppable Love’ with commentary about the multi-dimensional realities and characteristics of Love. Morag was honoured to play and sing the Opening Blessing of the Canada Winter games in collaboration with a Lheidli T’enneh, First Nation Elder and Drummer.

Morag’s Red Venus Blue Tango was a closing band for the Dalai Lama “Now” tour and her work as a composer, arranger, cellist, singer and co-producer on Kristoph Franz’s theologically inspired “Lilies of the Field” album resulted in a nomination for “Outstanding Inspirational Album of the Year” Gospel Music Association of Canada’s 29th annual Covenant Awards, 2007.

In 2014 Morag Northey and Jeremy Brown gave the world premiere of Christian Venter’s ‘Concerto for Cello, Saxophone & Symphonic Wind Orchestra’ with the Calgary Symphonic Wind Orchestra. At the American String Teacher Association International Workshop, Glasgow Scotland, Miss Northey was the principal cello of the string and baroque orchestras under Sir Edward Melkus. She has performed in two seasons of the Calgary Pro Arts Concert Series as an improvisatory cellist, vocal soloist and singer-songwriter with pianist Sheldon Zandboer.

As a way to give back to her community, Morag created a series of solo concerts called Together Calgary which offered healing release and sound therapy through uninterrupted hours of improvised cello and voice. She performed a year cycle of Full Moon Walks in Calgary’s Fish Creek Park encouraging audiences to reconnect with Nature through guided tours accompanied by cello, song and motivational discussions. Together Calgary and the Full Moon Series lead to Morag’s 2014 trip across Spain, cello on her back, singing along ‘The Way’ in a 720 klm, Camino de Santiago Pilgrimage. With her first Camino step she spawned a “Walk On” project, encouraging those troubled, to move healthfully through and out of difficulties.

As part of the Sunset Theatre’s Summer 2017 Exploration Series in Wells B.C. Morag added Playwrite to her description as she performed the world premiere of her multi-genre theatrical production “17” – an amalgamation of her writing, cello, voice, composition, improvisation and experience as she invites her audiences into her 52 year journey as woman, artist, mother and indomitable spirit.

In the past few years Morag created interdisciplinary art installations for the ‘Among the Trees 2020’ where she created “Whispers,” a provocative soundscape tale of the overlapping, inter-related spiraling waves of natural cycles and composed and stormy rain or hot sun performed cello in an aspen grove for a choreographed piece danced by three dancers. In ‘Among the Trees 2021’ Morag collaborated with her daughter Amelia Northey-Taylor and Max Chu to create the short film ‘WE ARE THE LAND’ which honours and acknowledges the Missing and Murdered Indigenous Women, Girls and Two Spirit and thousands of children who died and those who survived the genocide of the Indian Residential School System of Canada.

From August 2020 to March 2022 Morag was the founding iiststii’ik Listen Garden Director and Producer and worked closely with Niitsiitapi/Blackfoot Elders and an amazing Indigenous land sensitive team to create a proposal that now forms the foundation of the iiststii’ik park’s coming to be. This summer Morag collaborates once again with her daughter (sound producer/designer) composing a sound & film installation and composing and recording music for a dance piece. The works are designed to reconnect people to the River – where the Elbow meets the Bow in Mohkinstsis at Fort Calgary.